How to Identify and Combat “Role Creep”

Creating a new team is exciting and challenging for any organization. When I had the opportunity to form a shared services team to support the global rollout of an ERP platform, there were many obvious challenges I expected to face. Managing a remote team that sat halfway across the world with an 8-hour time difference was bound to be arduous. One challenge I didn’t see coming was role creep.

Teams and individuals all experience role creep at some point. It happens every time we take on work outside of our roles and responsibilities. The problem is, just like scope creep in projects, role creep takes time away from our key purpose and functions. Role creep is unplanned, not strategic, and seldom the best way for the organization to accomplish the work at hand.

Don’t get me wrong, it isn’t a bad thing for productive team members to seek out ways to be more valuable. I’m not advocating that you should always stay in your lane. However, without proper leadership and planning, role creep becomes cumbersome and can eventually cause a team to collapse under the weight of excessive responsibilities.

Role creep can be the byproduct of a range of conditions. Well-intended causes of role creep include:

Disfynctional causes of role creep include:

Role creep seems like it would be easy to identify, but the key word is creep. It’s a slow process, much like how we age. While you grow older every day, you hardly notice a difference from one day to the next. Only when you look back on an old picture do you see a dramatic difference. Often this is the same with role creep. By the time you notice it, the change is substantial.

The trick to identifying employees affected by role creep is through proper engagement, communication, and attention from management. Look for some of the common signs listed below. (Keep in mind that these effects can have numerous causes. Deeper digging is required before diagnosing the root cause as role creep.)

Once recognized, there are only two ways to move forward. You can either accept the role creep or combat it.

Why would you give in to role creep? Sometimes a creep in responsibility makes a lot of sense for the team and organization. It can fill a resource gap at a critical time and ultimately be more of an improvement opportunity than a deviation. In this scenario, you may want to roll with the changes and make the additional tasks a formal part of the team’s responsibility.

However, more often than not you should correct the role creep and get the team back to its designed purpose.

The key to correction is to allow the team to change over a transition period. A quick and sudden change is bound to cause more harm than good and continue the spiral of confusion.

Gain an understanding of what gaps are being filled by your team that were not meant to be a part of their role. This is best done through one-on-one meetings with team members.

Is there a team that’s better suited for the gap? Does that team’s manager agree they are a good fit for the work? In reality, sometimes there isn’t a perfect team to take on the role. Seek out creative options and look for ways to divide the work among several teams.

Without management support, you have nothing. Make sure managers at the executive level and any relevant governance teams are aligned. Agreement will help make sure the correction goes smoothly, and ensure it holds.

Ensure your team has access to a clear Roles & Responsibilities document, RACI matrix, and other useful tools to solidify their understanding of the objectives. Additionally, these documents can be repurposed to resist role creep in the future. Having a clear, agreed upon, documented, segregation of duties to refer to reduces the risk of tension being caused if you need to push back on inflated expectations.

Consistent, frequent, and tailored communications with your team and other affected stakeholders is the catalyst for change. Communication needs to be continued and reinforced by documentation & management buy-in until well after the change takes hold.

Related: Stop Talking Past Each Other! Improve Communication by Tuning Into Your Dominant “Language”

Role adjustments don’t happen overnight. It’s best to have a controlled transition with a set timeline to reduce the risk of major activities being dropped. Allow enough time for your team to transfer knowledge to the team that is accepting responsibility for the role.

If you’ve been through role creep once, you’re bound to put emphasis on avoiding it in the future. If you haven’t experienced role creep or the immense effort needed to correct it, you’ll be doing yourself a great service to actively avoid it. Through my own experience and through feedback from my team, I’ve identified a few core components that help to actively mitigate role creep.

First, setting clear goals is paramount. If your team doesn’t understand their goal, they can easily become confused on their role. In addition, it’s important to tie incentives to those goals to motivate the team to achieve. With an understanding of individual and team goals, you can ensure your team understands how their effort contributes to the bigger picture.

Secondly, governance and communication are very useful to ensure roles don’t slip. This is easier said than done and depending on the size of your team it may not be feasible to manage at a detailed level. However, any effort to improve communication and governance over activities within your team will help prevent role creep.

Lastly, it’s important to maintain and spread a mindset of sustainability. The point behind avoiding role creep isn’t to limit productivity or the reach of our employees; rather, it’s to ensure we don’t stretch them too thin and cause burnout, and to make sure the team’s real roles and responsibilities are covered. By enacting and communicating sustainability, you’re building a culture that fosters a healthy and predictable level of productivity. 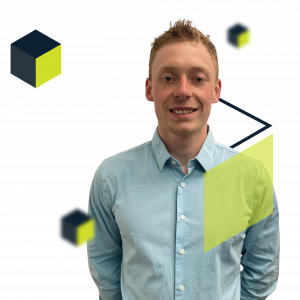