Even if you’re not a superstitious person, it’s likely at one point in your lifetime you knocked on wood in an attempt to appease the gods of fate. Or maybe you made sure to close up that umbrella before stepping into your house. A couple seconds to rap on wood here, a few seconds of standing in the rain there—minor inconveniences to soothe away the universe’s impending spells of bad juju.

The reality is that no, wood is not magical. And opening an umbrella indoors doesn’t shepherd evil ghouls into your home. These quirky habits don’t add tangible value to our lives.

However, superstitions like these aren’t made up out of nowhere. They often arise from practical behaviors which may have made sense at one point, but lost their fundamental meaning after passing through generations. (Are umbrellas indoors really bad luck? Or did someone long ago get a bad poke in the eye?)

These learned behaviors take root over time, through generations of practice and habitual routine. They reassure people that no unintended consequences will come their way if they unquestioningly perform things a certain way—the way they’ve always been done.

Similarly, superstitious behaviors are alive and well in your organization. IT superstitions aren’t supernatural but rather the culmination of each user’s quirks, a natural evolution of processes, systems left unchecked, and a game-of-telephone effect.

Festering long enough, in a culture where people don’t question the status quo, a dangerous refrain of “this is how it’s always been done” reinforces the suboptimal way it’s being done today.

Let’s look at one example of how seeds of superstition can play out.

A large manufacturing company with multiple warehouses underwent a digital transformation. One facet of the transformation replaced a paper-based order-picking process with a centralized digital workflow.

The old process required warehouse team members to collect inventory reports from multiple sources. Users frequently printed them out to crosscheck SKUs before picking them off the shelves.

With the new workflow, these cumbersome steps were not necessary. The digitized system automatically withheld orders that contained out-of-stock products. This feature was thoroughly explained and demoed in training sessions, and users initially raved about the enhancement.

However, some users distrusted the new system just enough to feel uncomfortable skipping the old steps. Understandably, they didn’t want to trek all the way to a far-off shelf only to find the item out of stock—an annoyance factor which drove them to check the inventory reports obsessively in the first place. So, they continued to access the old system and print inventory reports.

The suboptimal process spread like a virus. Users who, at first, had stopped printing the reports noticed others doing it, and reverted to the old habit for fear of missing something. New hires came on board and were trained by the old timers on a wide range of tasks, including how to print the inventory report. If anyone asked “Why?” they were told, “This is how we’ve always done it.”

Even a seemingly harmless habit like this can create a big problem. The unnecessary steps added 90 seconds to the workflow. Multiplied by an average of 32 orders per day, across 20 workers, means 16 hours per day were wasted. At $25 per hour for warehouse labor, over 260 working days per year, this equated to $104,000 in lost productivity.

A natural reaction to this type of problem is to assume employees were not trained properly in the first place. If sufficient training begets familiarity with the system, familiarity means no unwanted user habits, right?

Yes, poor training can create blind spots. If system features or new workflows are not rolled out with proper training, there will almost always be a gap between the ideal and real processes.

But, in the case above, initial training was not a problem. The consultant who performed the training characterized it as “flawless.” To ensure high turnout for training sessions, donuts and coffee were abundant. Engagement was high. The team had easy access to training materials for future reference. All the boxes were checked.

Unfortunately, bad habits don’t surface in training sessions. Rarely will the experts performing initial training teach anything but the standard and most efficient procedure. Plus, trainers have no way of knowing what quirky user habits may arise later. It is an unattainable dream to expect that every employee will comply with 100% of the training they receive. As time passes, memory of the training becomes spotty, and employees start to rely on prior experience.

Call it being superstitious, call it going rogue, call it getting creative—in almost any situation, users can go off-script with their workflow. Humans are imperfect. Systems can be imperfect, too, resulting in workarounds and shortcuts. While user-modified processes may be rational on some level, or inspired by good intentions, over time they can morph into unnecessary steps which embed an assortment of inefficiencies and risks.

When an IT team is highly attuned to their business counterparts, they can study the workflows that feel more natural to users to learn why. Then IT can account for legacy behaviors in the design of the UI or core process. Sometimes, users are on to something that may improve the workflow for everyone. Other times, bad habits can be prevented by good process design.

It is not always financially practical for expert training to be available to each new hire. Organizations often rely on existing staff to deliver training to new employees. When senior team members train new hires, they play a “game of telephone” with the information. As a result, bad habits taken up by the existing generation are passed on to the next, and the problem goes viral.

Bad habits may also spread when users job-share, collaborate regularly, or work in close quarters with each other, such as in the warehouse example above.

This game-of-telephone effect can quickly turn a harmless shortcut or habit into something much worse. To remedy this effect, expert training should be used whenever possible, and train-the-trainer initiatives can also help. Do whatever is possible to qualify and support users who are put in a position of authority to train new hires.

Further compounding the problem—by camouflaging it—is the confidence or assuredness the users have while performing the tasks. The more experienced a person is at a workflow, the more smoothly they execute it, and the harder it is for an untrained eye to determine what is productive and what is counterproductive. Intentionally or not, a user’s unfamiliarity with the system is disguised.

A support team can uncover disguised familiarity by following up each training cycle with systematic check-ins. These check-ins should be interactive, and go deeper than asking, “Do you understand what to do?” The support team should be able to assess the user’s process, answer questions, and ask questions of their own. By doing so, the support team will be able to identify and remedy any unwanted user habits before they spread. These check-ins are proactive in nature and should be clearly defined by the organization beforehand.

Recognition of disguised unfamiliarity should be at the forefront of any effective support team. The ability to distinguish between an employee who actually understands the system and an employee who simply goes through the motions is a key factor in successful support. The latter will likely be the one to practice improper technique and create false associations, developing bad habits. The faster unfamiliarity is recognized, the earlier it can be corrected, resulting in significantly less waste.

The responsibility for mitigating counterproductive behaviors lies with post-launch IT support. It is entirely up to the support staff to be active and defend against suboptimal user habits, superstitions, and wasteful workarounds. Going from reactive to proactive support is absolutely necessary to address many of the issues that will arise post-launch. This shift encourages the team to go beyond its stereotypical role of help-desk and take preventative measures. Clear expectations for proactive support should be outlined well before the launch, including check-ins, process audits, and user feedback sessions.

A proactive IT support team can stymie the spread of misinformation in an organization, identify disguised unfamiliarity, remedy unwanted user habits, and ask the right questions in order to maximize workflow productivity.

If an organization needs to ward off superstitious behavior among its employees, creating and investing in a proactive support team helps snuff it out before it spreads. 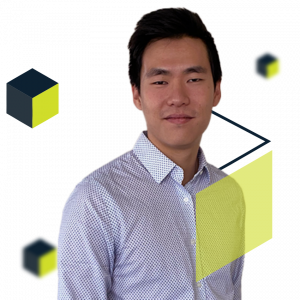