Want to Accelerate Change? Slow Down and Observe Team Dynamics

The Pace of Change and the Adoption Curve

The pace and complexity of new technologies and innovations have only been increasing over the past years and show no sign of letting up. We consistently hear the following questions from IT leaders:

One way to address these questions is by examining the Adoption Curve as described by Geoffrey Moore. The Adoption Curve details the distributions and tendencies of a population as it adopts an innovation.

The Innovators and Early Adopters tend to be the least risk-averse and the most likely to quickly adopt new technology. Each subsequent segment—the Early Majority, the Late Majority, and the Laggards—are more resistant to adopting the innovation.

A New Application for the Familiar Adoption Curve

This familiar graph presents two novel takeaways for IT organizations within an enterprise:

So, how can IT understand segment-specific behaviors? Unfortunately, IT leaders tend to have a blind spot toward how to gain an unbiased and useful understanding of behaviors and their implications on change initiatives.

In IT, the focus is usually on technical competence, project delivery, and strategic alignment—black and white areas. Human behavior is gray and difficult to manage. The human element is often seen as touchy-feely.

However, to be in command of organizational change, an understanding of behavior is an enormous advantage. As the pace of change intensifies, the way in which teams behave towards such change becomes exponentially important.

Organizations need adaptive teams, staffed with people who exhibit constructive behaviors, to thrive in a highly-disruptive environment. IT can only support this vision by understanding the optimal balance of behaviors.

See Behaviors in Black and White

To help us understand the behaviors surrounding the adoption of change, we can use a framework called Structural Dynamics, developed by systems psychologist David Kantor.

In this framework, there are four ways in which people interact with one another. These interaction styles aren’t innately good or bad. We all have a preference for one of these four ways of interacting and will default to our preference when relating to others.

The four Action Preferences are:

The most effective members of your organization consciously choose the best way to act, given the context of a given situation.

The best teams interact freely and without struggle around all four of these Action Preferences. Low performing teams often have one or more roles missing, which disables them when a certain behavior is called for.

Now that we understand the way in which we prefer to interact, through the lens of these Action Preferences, how does this help a team succeed? If we overlay the four ways of interacting onto the Adoption Curve, the behavioral preferences of the adoption segments align with the Action Preferences as follows:

Innovators and Early Adopters share similar behavioral characteristics to those with a preference to Move—tending to initiate action, set direction, and drive change.

The Early Majority is akin to Bystanders and Followers—tending to see a broad perspective and support the direction of others.

The Late Majority can be compared to the Opposers and Followers—still supporting the direction of others, but also challenging the change.

This linkage between the four types of interaction and the adoption segments is directional. Some Opposers may be in the Innovator and Early Majority segments, some Movers in the Laggard segment, and so on.

The Key Is Balance

The best teams fluidly choose the appropriate behavior to use in a given context and work on strengthening their behavioral weaknesses.

The power of this linkage between Action Preferences and the Adoption Curve is that change can be accelerated by designing balanced teams who have the capacity to freely express all four behaviors. As change travels via the adoption segments, a well-balanced team will be able to navigate each phase better than a poorly balanced team.

Many teams have a weakness in one of the four ways of interacting. For instance, a team may be unlikely to actively create perspective (Bystand) in a given situation. Or, members are always initiating direction but no one on the team is supporting (Following) that direction.

As an IT leader, the process is to:

How to Rebalance Team Dynamics

Leaders have substantial influence over the success of their teams. Some approaches to achieving balance on a team are more effective than others.

Finally, in the absence of skilled coaching, balance out the team with individuals who demonstrate strong expression of most of the four Action Preferences. Make sure the resultant team has at least one individual with strengths in each Action Preference.

The Structural Dynamics framework applied to change management is a powerful combination that makes a huge difference for IT organizations aiming to prepare the business for continuous innovation and maintain a competitive advantage. 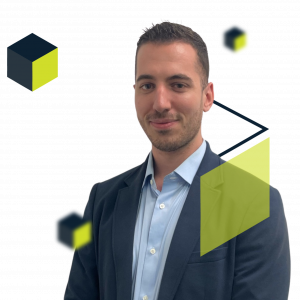