Agile is about empowering teams and individuals. The roles defined by Agile are: Product Owner, Scrum Master, and team member. Not listed? Project sponsor.

That said, organizations often have established practices around designating a sponsor or two when a project or program is initiated. How do these two worlds meet? Should Agile teams have sponsors or not? Can a sponsor provide value to an Agile project?

Plenty of studies demonstrate that engaged employees deliver outcomes at a much higher level than those who have checked out.

In his book Drive, Daniel Pink talks about how engagement increases with an increase in autonomy of task, time, technique, and team. These 4 Ts are consistent with Agile: Scrum Teams pull in the work (task), plan their effort (time), utilize and improve the Agile framework (technique), and self-organize to meet their commitments (team).

Mastery—how people feel about their proficiency of the work—is another key to engagement, according to Pink. What he doesn’t address is what mastery means for senior managers, who are those in the sponsorship roles. Their mastery is usually of decision making and problem solving. Often, what made them successful is their ability to deliver.

In an Agile organization, this is turned upside down. Now, senior managers need to get out of the way and let others deliver—and they feel a loss. They need to master new competencies because those that got them where they are will go against the grain in an empowered Agile organization.

Pink also discusses the importance of purpose for motivating and engaging employees. This is where a great sponsor can make a difference.

The New Role of Agile Sponsor

What does an empowering sponsor look like in an Agile organization? Here are the most important things an Agile sponsor should bring to the table every day.

When asked by a Product Owner, Scrum Master, or team member, an Agile sponsor should:

WITHOUT being asked to, an Agile sponsor should:

An Agile sponsor should NOT:

From the Team’s Perspective

When a sponsor stays in their lane, the team members appreciate their sponsor’s participation in ceremonies. They are more likely to feel the sponsor understands the current situation and empowers the team to solve their own problems. They value the sponsor for asking the team what (if any) help is needed, and for removing impediments—when asked.

From the Sponsor’s Perspective

The traditional role of a sponsor in a waterfall environment is hierarchical: direct the project manager, raise and solve problems, and have little interaction with team members. In such a paradigm, the sponsor is accountable, and the project manager is responsible for outcomes, leaving the project team with little to no accountability and responsibility. It’s top-heavy and puts more of a burden on the sponsor. But sponsors who get out of the way of their Agile teams feel less stressed about taking on the role. At the same time, the impact feels more meaningful.

The sponsor may even have residual feelings of guilt—as has been reported to me by a client—that this approach is easier than previous experiences! 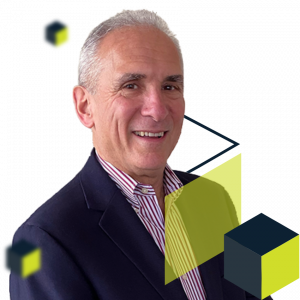