Traditional vs Transformational: Breaking down the differences between IT leadership archetypes

As a company embarks on a journey of digital transformation and immense change, the expectations of IT leaders change as well. Two general archetypes have emerged, but in reality, individuals fall somewhere on the spectrum between the two extremes. Both archetypes can be extraordinarily valuable in the right situation. Each can also be incredibly ineffective when placed in the wrong context.

How to identify them

The stereotypical CIO archetype, the Traditional IT leader, rose up through various IT roles and took on increasing levels of responsibility in an IT realm. Perhaps they excelled in large-scale ERP implementations or infrastructure outsourcing projects. Perhaps they were known for exceptional project execution or led teams to solve complex technical issues. They have the respect of their staff as they are extremely knowledgeable about and supportive of what IT does.

The opposite archetype is the Transformational IT leader. They may have started off in IT but perhaps left the role to spend time working at startups and took on strategic business roles. They have a keen understanding of how the business operates and the competitive environment it operates within. They are constantly looking to the horizon for what may be coming next and preparing the organization to be able to survive in that future state.

How they spend their time

The Traditional IT leader spends significant time with their organization, ensuring the team is able to deliver on project commitments while maintaining a portfolio of IT assets. They care about the organization getting better at what it does day in day out by assessing processes and making incremental improvements. The nature of interactions with peers tends to be about understanding what IT capabilities are needed to push the strategy forward, and to inform them about risks that should be considered, such as cyber security.

The Transformational IT leader spends much of their time with peers in the business. Their goal is to fully understand where the overall business is going. They talk about how to enable capabilities to disrupt their own organization and the market at large. Transformational IT leaders also try to maximize their own access to external customers to build a direct channel for understanding of the concerns and opportunities presented to the business. As a result, they have less time to focus on the IT organization. At times, a traditional-leaning IT staff often needs more coaching and direction to be able to adapt to the Transformational leader’s expectations.

How they define and measure success

The Traditional IT leader wants to ensure IT supports the core tenants of a business strategy. Their goal is for IT to be seen as reliable and often invisible. Success is doing more with less: delivering quality services with a lower year-over-year budget. Quality is often tracked with metrics such as transactions processed, complaints from the business, and unplanned downtime.

The Transformational IT leader defines success in terms of influencing and driving the business strategy. While they have the same budgetary constraints as any other leader, their expectation of the IT organization is to make bets. Some bets may not work out, but others will generate top-line and bottom-line dividends. They track some key system performance measures and also employ indicators related to generating or enabling revenue, or changing organizational behavior.

How they cultivate culture

The Traditional IT leader cares about instilling a culture of continuous improvement and process excellence. Their organization may follow methodologies like Six Sigma to eliminate the reoccurrence of major issues and outages. They want the organization to be responsive to peers in the business and drive a high rate of internal business satisfaction with IT services. A major priority is to create stability and predictability, allowing the team to get better and better at what it does by establishing strong processes and governance mechanisms. On the other hand, focusing exclusively on incremental improvements leaves the team ill-prepared to self-disrupt and radically innovate, limiting its ability to make a meaningful impact on the future of the business.

The Transformational IT leader wants to build a culture of innovation, which inherently calls for a higher level of risk tolerance. Innovating in a changing environment requires a culture that is willing to take calculated risks, embrace new technology and methodologies, and fail fast. A focus on creativity and disruption often drives significant operational improvements, resulting in entirely new business processes and employee expectations. However, without an emphasis on tightening up new processes and optimizing changes, a Transformational leader’s team lacks discipline, structure, and consistency, leading to frustration and dissatisfaction.

Traditional vs Transformational IT Leadership Styles: A side-by-side comparison

Both Traditional and Transformational IT leaders bring tremendous benefits to their organization. Each type also presents a unique set of risks. The Traditional IT leader, while driving stellar execution and best-in-class service levels, can fall behind in the face of a changing business landscape, technology shifts, and evolving employee expectations. The Transformational leader, embracing the future and pushing the envelope with disruption and innovation, can exhaust a team with a constant stream of changes that never have a chance to stabilize.

A self-aware IT leader is able to see where they fall on the spectrum, survey what the organization really needs, and either adjust their behavior or supplement the leadership team to balance out their own tendencies. 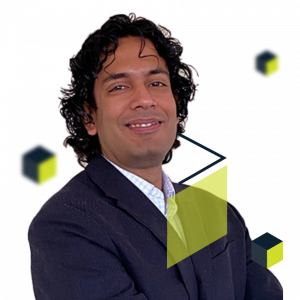