Stuck with a Bad PM Tool? Here’s What to Do

Let’s say you’re planning to repaint your living room this weekend. You shop for supplies online: drop cloths, painter’s tape, and brushes. Alexa, innocently, puts scrub brushes in your cart instead of paint brushes. The delivery arrives the next day. Do you have the tools you need to get the job done? The scrub brush has a handle and bristles! The bristles can be dipped into the paint! Will it require more work to create the desired outcome with a scrub brush rather than a paint brush? My guess is, no matter what, it’s not going to be pretty.

It’s not that the scrub brush is a bad product. On the contrary, it’s probably the highest rated scrub brush on the web. The issue is that you need a paint brush specifically designed to apply paint evenly and precisely. You need the right tool for the job.

Flash forward to the work week: How often are we using the wrong tool for a job?

Right vs Wrong: Who’s the Judge?

Identifying and implementing the right technology is a challenge for both large and small organizations, so it’s no surprise that a lot of us are stuck with the wrong tools. A 2019 survey performed by GetApp showed that over 50% of project managers are unsatisfied with their current project management tools and almost 60% would be willing to try something new. It’s not that PMs are picky – these tools can make a big impact on daily operations and project outcomes.

The wrong tools create barriers, cause confusion, and force us to create workarounds – all symptoms that end-users are quick to detect. Unfortunately, it’s not typically the end-user who makes the decision to get a new tool, and often, initial attempts to escalate the problem are met with resistance. The organization already spent money implementing the original tool and is not going to abandon it based on an unaccredited complaint.

Especially If you’re low on the totem pole, you might be stuck with what you’ve got for a while.

How a PM Can Make a Difference

No matter how good it feels in the moment, stop complaining. The more you complain without data to back it up, the more you will alienate the people you’ll need to influence, and the less they will hear you.

Instead, put your energy toward a strategy to convince decision-makers of the change—they may be considering it already! There’s a chance that your organization is already considering switching tools. GetApp’s study showed that 29% of organizations were quite likely, and 37% were somewhat likely, to switch project management software tools by the next year. So in addition to refraining from complaining, have a little hope.

2. Work Around the Tool

While waiting for a change, work around the tool. Instead of struggling through the workday with complex applications, go back to the basics. Use Excel, Post-It notes, a whiteboard, or plain old managing-by-walking-around—the original, tried and true project management tools. Keep in mind that offline tracking methods may require extra or different kinds of communication to keep everyone in the loop but can be just as effective as online platforms.

For example, when I was struggling with the effectiveness of a defect tracking tool, I opted for an export option to Excel. Once I was out of the tool and in Excel, I built a macro that created meaningful data and visuals to share with my team. I was transparent about my new process and communicated the output with my team regularly. The time I spent setting up an Excel workaround ended up saving me hours a day.

If the wrong tool is causing major delays in your daily processes, track them. Data will help you influence the decision makers. Keep track of the root cause and the time it takes away from value-adding activities. Track the questions users are asking that could or should be resolved with the right tool, and any other relevant data. Quantify the problem in terms of time and money.

Below is an example template for tracking issues with a PM’s toolset. It includes fields for:

You also may want to track time spent investigating and fixing issues as well as any other applicable fields.

This template was originally used to track the inefficiencies of a development tracking tool. The tool created constant confusion for the team and took hours, days, and sometimes even weeks to set straight. The chart was shown to upper management who was shocked at how much time the team was spending on figuring out the tool instead of actually developing. This data allowed us to quantify how much time was lost in the process and zero in on the biggest problem areas. Use data like this and schedule time with a decision maker to detail the team’s pain points and discuss reasonable alternatives to the current tool.

In this instance, the organization didn’t bag the entire tool. But we successfully lobbied for changes that transformed it from useless to useful.

Organizations are actively undergoing digital transformations, adopting and improving upon digital solutions to operate and deliver solutions—and they want to do it right. PMs should advocate for technology that will work with them, not against them. Without a major leadership role or a long history with a company, a single contributor may think their power is limited. But any individual is able to step up and contribute to a successful digital transformation. Armed with the data to back up the recommendation, even an end-user can persuade decision-makers to make a change to the right tool.

Related: Being a Leader in a Non-Leadership Role

Often, a few complaints aren’t enough for an organization to upgrade a tool the way we would for a home improvement project. Help the organization make a well-informed, data-driven decision to trade out the wrong tool for the right one. 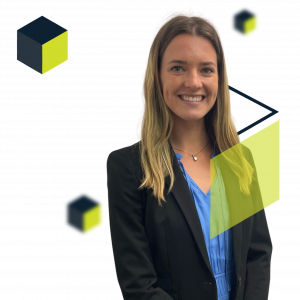