The Secret Support Team for IT Leaders: Goal Closers

IT teams must constantly adjust to end-user demands, budgets, timelines, and other constraints. Such a dynamic environment requires leaders to understand how to close out on two sets of priorities at the same time: short term tasks and long term goals.

IT leaders cannot rely on direct reports who are solely task closers because they will be riding each day’s highs and lows without keeping the big picture in mind. With goal closers in place, IT leaders can trust their team to successfully complete long-term initiatives.

Goal closers work toward the larger picture without much direction. This type of individual is especially important for IT environments with constantly changing scopes. IT leaders may not have time to delegate specific tasks; they have many different projects and initiatives that require their attention. This is where goal closers come in. Goal closers can be tasked with running a specific project or initiative to completion without asking what to do next. It is up to the goal closer to figure out which tasks will lead to the ultimate goal.

For instance, say the goal is to implement a new technology platform on time and within budget. If the project sponsor hands this goal over to a goal closer, they don’t need to provide step-by-step direction on how to manage the developers, report on status, and scope the change management component, while also making sure that the goal of the project — successfully implementing a technology platform on time and within budget — is met.

However, a task closer will need guidance on what steps are expected to start the project and push it to completion. They might also need to be reminded that the project must be completed on time and under budget.

In Episode 7 of The Happiness Lab podcast, Doctor Laurie Santos sits down with Bob Bowen, coach of one of the biggest goal closers, Olympic champion Michael Phelps. Phelps used the same type of visualization method described above to prepare for the unexpected during the 2008 Beijing Olympics.

Santos explains that Phelps was about to begin one of the biggest races of his career, the 200-meter men’s butterfly Olympic final. Bowman was poolside when he noticed in the first 50 meters that Phelps’ goggles were filling up with water. Phelps knew he would be disqualified for breaking stroke to take off his goggles, but he couldn’t see anything.

Phelps’ solution? He had visualized what it felt like to swim blind and so was prepared to swim perfectly despite this problem. In the end, he won the race, got the gold and took the world record, Bowen explains.

Whether it’s a critical IT project or an Olympic medal, goal closers are able to use visualization techniques to stay calm and collected under less than ideal circumstances.

The following are characteristics that will help identify reliable goal closers.

These individuals are typically up for a challenge and lean into gray or ambiguous situations where there isn’t always a clear answer. They’re ready to take on whatever challenge awaits. Employees with a sense of adventure, an open mind, flexibility, and worldly qualities best fit this mold. You can trust that these individuals will make your project or initiative happen.

These individuals don’t need a step-by-step guide to do something. It’s the difference between needing a recipe versus being able to make something intuitively from scratch.

Want to identify these individuals? Look at their job history. Do their resumés feature jobs with clear job descriptions, where there was a manual for how to do their work or were they performing the same tasks every day? Or do they have a history of being given assignments where the desired state is given, but it’s on them to figure out how to get everyone there? The love of problem-solving and figuring out tough situations is key.

3. Goal closers are able to visualize a goal and potential obstacles.

These individuals are proactive and able to prepare in advance for various scenarios that could go well or wrong for each project. It may be a cliché, but proper preparation does prevent poor performance.

You can identify individuals with this trait by getting to know their thought process going into a project. Do they attempt to visualize all potential outcomes, particularly potential blockers that could stop them from getting to their goal? If so, that’s someone who can truly visualize and prepare for the unexpected.

These individuals have the ability to execute specific tasks, but also constantly look up to review their progress against the bigger picture goal. By doing this they are always gauging the outcomes or intentions of their immediate task against what they or their team is trying to achieve.

To find these workers, watch their work style. Do they solely focus on the task at hand or do they try to connect them to the larger goal? Do they question the meaning of their work and the outcomes their team is trying to accomplish? Or are they fine with whatever is delegated to them? The former would be an individual who always keeps the goal in mind.

5. Goal closers stay calm when everything is on fire.

These individuals aren’t riding every high and low of every task within a project. People who understand that each project has ups and downs, and who can roll with the punches, can achieve the goal. It’s necessary to step back in key moments to look at the bigger picture.

Find individuals with this trait by watching how your people react to adversity. Do they immediately freak out or calmly roll up their sleeves and find a solution? They might even already have a solution in mind since they’ve visualized most of the scenarios where the project goes wrong. They should also have confidence that a solution will be found because no project is 100% perfect.

Given the ever-changing demands of the IT business, where each day brings new challenges and higher client expectations, it’s often not realistic (and certainly not profitable) to expect the IT leader to fully manage every single project. IT leaders who learn to recognize and trust key employees with project management will find they can better focus on critical areas while trusting that projects and initiatives will be effectively completed. If you haven’t studied your team members’ work style, it’s time to take a closer look and identify those individuals who have the ability to run beyond the task list to drive projects to the finish line. 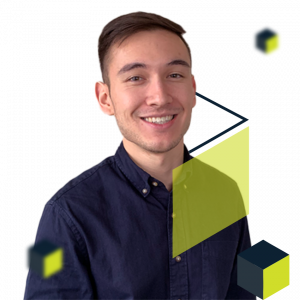