How to Cancel a Failing IT Project

“This implementation is going nowhere fast and I am canceling it,” said the CIO.

I was in shock. In an IT career spanning decades I had never witnessed an executive make a decision as bold as this. But, truth be told, this particular implementation had already gone on for twice the allotted time and delivered nothing notable—beyond a very long list of open issues.

Still, I jumped in to defend the struggling project. I said we would be foolish to waste all the efforts made to date. I said the business case had a clear ROI. I said reputations, and possibly jobs, were on the line if the initiative was terminated.

“Relax,” said the CIO, “no one is going to lose their job. I talked to the head of the division. We agree that new priorities have come up since the start of the implementation, making it impossible for the business to focus on this project. We simply don’t have enough resources to work on all of the initiatives at the same time. If we do, we will fail at all of them. We’re going to document the implementation’s progress to date and try to restart it in a year, when we have bandwidth for it.”

It was a simple and elegant plan to ensure project success—when the time was right. (We did not celebrate the decision, but in hindsight we should have.)

Of course, this is just one way to cancel a dead-end IT project. Just as Paul Simon once sang about 50 ways to leave your lover, you might say there are as many ways to cancel a project. The key is finding the right fail-fast path.

Tweet: You know what they say: there must be 50 ways to cancel a failing
#ITproject. Make a new plan, Stan. @mpapov https://ctt.ec/_7Fb1+

In a separate blog post we listed the symptoms of a project that needs to fail fast. The trick to actually canceling a project comes in balancing two seemingly opposing forces:

Proving the benefits of the project, in its present form, are not clearly attainable or not worth the resources required.
&
Communicating the reasons for killing the project in a way that minimizes pushback.

The first step to canceling a project is to gather information.

If the information is not readily available—and in many cases it isn’t—the project should be assessed, preferably by an independent party. Effective assessments should include confidential interviews to ensure the information gathered is factual and complete.

The second step is to put the termination option on the table.

In one gap analysis workshop with a client, the composite cost of gap closure was prohibitive. I announced to the room that possible outcomes from the workshop included changes to scope, cost and timeline, and potentially project cancellation. The CEO replied, “Cancellation is not an option.”

One by one, we went through all the gaps. Each was defended by one C-level executive or another. Closing the gaps would cost three times the allocated budget for the whole project, and we all knew it. After a few days of closed-doors discussions, the CEO took us up on the recommendation to cancel the project.

As in this example, it is important for all stakeholders in your project to face the reality of the situation, emotionally detach, and agree on an informed decision about the project’s future.

How to Pull the Trigger

Once a project sponsor and stakeholders are convinced an IT project is going nowhere, it is time to move fast. To avoid spending any more time and money, take decisive action.

First, an announcement needs to come from the sponsor. Any communication should recognize the project team’s efforts. Make it clear the decision to cancel is not a result of any individual failure but rather broadly reflects the organization’s current best interests.

Here are a few suggestions for how to conclusively cancel your failing IT project:

Some struggling projects need to go away. In fact, the faster they fail the better.

Canceling a dead-end IT project is not easy. There is a high risk someone could get blamed for the failure. But with enough facts on the table and a well-executed process, it can be done in a way that sets the table for future success. 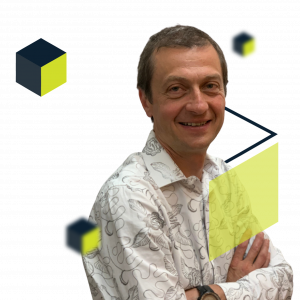